Donate NowSchedule A CallContact Us 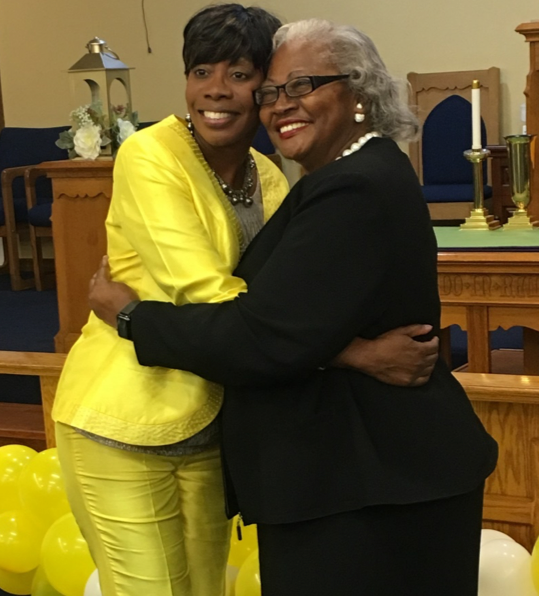 The conception of Harvest A.M.E. Church took place in the spirit of Rev. Patricia S. Wallace in 1992. For the next five years after her ordination in the A.M.E Church, she carried the vision. Many times, Rev. Wallace thought the vision would be aborted because of the numerous trials suffered. Little did she realize that her trials only came to make her stronger, and to give her strength to carry the dream until God’s time of delivery.

On March 12, 1997, at the home of Rev. Wallace, the miracle birth took place and Harvest was born. With songs, prayer, reading the holy word, family members and dedicated friends nurtured by the Holy Spirit watched the miracle birth unfold. There were six original members who committed themselves to the ministry of Harvest.

On March 30, 1997, Harvest held its first service at 360 East Main Street, in the City of Pahokee. At that service, the membership was now twelve praying the Lord of the Harvest would send forth laborers into his Harvest thereby becoming the first members of Harvest. During the first month of Harvest’s inception, the Lord of the Harvest sent forth 31 new laborers into his Harvest to add to the twelve totaling 42 (24 Adults and 18 youth). Since the development of Harvest, 12 boards and organization have been established: Trustees, Stewards, Stewardesses, Usher Board, Adult choir, Youth choir, Youth Department, Christian Education Department, Women’s Missionary Society, Sons of Allen, Lay Organization and Pastor’s Aide. Harvest continues to succeed in the will of God.

The necessary papers were then submitted for nonprofit incorporation. With the church walking by faith and not by sight, God blessed the congregation with a holy sanctuary, HARVEST AFRICAN METHODIST EPISCOPAL CHURCH. God’s awesome blessings were evidenced by the increased membership to 42 and Harvest’s acceptance into the Eleventh Episcopal District, South Florida Conference under the leadership of Bishop Frank C. Cummings, and placed in the Fort Pierce District, under the leadership of Presiding Elder C. Hunt, on October 11, 1997. After being accepted into the Annual Conference, the Harvest family began to make pledges to purchase a sanctuary. Twenty members and friends of Harvest made $500 pledges to take care of the necessary down payment on the property Harvest had signed a contract to buy, but the seller had not yet accepted it.

On February 26, 1998, less than one year later, Harvest signed the final contract to purchase a sanctuary for Worship at 825 Larrimore Road, Pahokee, Florida. The agreement contracts were signed more than six months prior. God, in His own time, blessed the Harvest family and, one (1) full year later at the first anniversary service, the record reflected a membership of 74. To God be all the Glory, for we measure not our progress by members but by the love of God who has given us richly all  things to enjoy. Ten months after the purchase of the new sanctuary, the Harvest family prepared for the dedication of our new sanctuary. Membership doubled, more than 140 had united in the Christian family.

On December 27, 1998, Bishop Frank C. Cummings and the 11th Episcopal District gathered to dedicate God’s House. On April 9, 2000, the Eleventh Episcopal District gathered once again at Harvest to lay the cornerstone, with Bishop Frank C. Cummings presiding. On September 18, 2001 Harvest was blessed to liquidate the church mortgage and the five-year plan was completed in four (4) years.

On March 2, 2002, Bishop John Hurst Adams and the Eleventh Episcopal District were summoned once again for the “Burning of the Mortgage” as Harvest’s history unfolds. Per state law turning 21 is significant due to recognition of maturation and adulthood. Noteworthily, Bishop Adam Jefferson Richardson, Jr., Presiding Prelate of the South Conference of the African Methodist Episcopal Church, Eleventh District codified that Harvest was indeed of “age” (a matured local church branch). And after 21 years of planting, sowing, nurturing, and weaning the founder, Rev. Patricia S. Wallace was reassigned. Bishop Richardson certified same in a Certificate of appointment given at the Mid-Year Conference of the 11th Episcopal District on March 16, 2018. Later Rev. Patricia Wallace consummated the assignment in a Letter to her Children of Harvest dated October 22, 2018 revealing her recommendation and consultation with God that Rev. Robin Dixon-Floyd be assigned to Harvest.  This birth and journey will forever be the beginning history of Harvest African Methodist Episcopal Church remaining a part of the church’s history and records.  This is part of our continuing story.